Tuesday, 15 September 2020_China’s Defense Ministry says many years of evidence shows that the United States is the biggest threat to global order and peace. 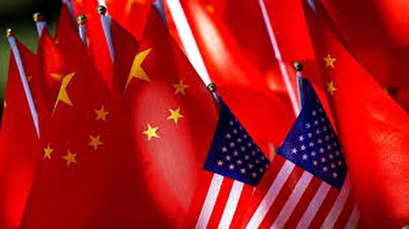 Chinese Defense Ministry spokesman Col. Wu Qian made the remark in a statement on Sunday in reaction to an annual report by the Pentagon released on September 2 that said Chinese military developments and goals presented “serious implications for US national interests and the security of the international rules-based order.”

Wu called the report a “wanton distortion” of China’s aims and the relationship between the People’s Liberation Army (PLA) and China’s 1.4 billion population.

He said that US actions in Iraq, Syria, Libya, and other countries over the past two decades had led to the killing of over 800,000 people and the displacement of millions more.

“Rather than reflecting on itself, the US issued a so-called report that made false comments about China’s normal defense and military construction,” Wu said.

“Many years of evidence shows that it is the US that is the fomenter of regional unrest, the violator of the international order, and the destroyer of world peace,” the Chinese official said.

The US Defense Department’s nearly-150-page “China Military Power Report” surveyed the PLA’s technical capabilities, doctrines, and objectives, claiming that they included becoming a “practical instrument” of the country’s statecraft with an active role in advancing Beijing’s foreign policy and aimed “to revise aspects of the international order.”

It said that if the Chinese military achieved is objectives, there would be “serious implications for US national interests and the security of the international rules-based order.”

The United States has long held an anti-China posture, but it has been significantly ramping up tensions with the country in recent months.