Zionists in US intelligence work with Israel to put out crazy Iranian plot stories: Kevin Barrett

Tuesday, 15 September 2020_Apparently anonymous US government sources are saying that Iran has been plotting to kill the US ambassador to South Africa -- a certain Lana Marks -- as retaliation for the dastardly assassination of General Soleimani, who was lured to Baghdad under a fake US-Saudi peace offer and then ambushed. 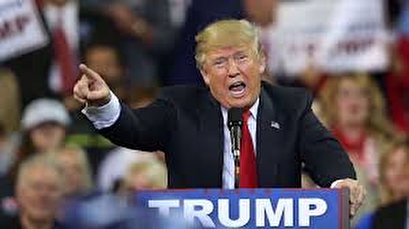 Obviously, Iran would retaliate for the murder of General Soleimani. And indeed it already has. It has essentially decimated an entire US military base in Iraq, and by the grace of God apparently nobody was killed but many dozens of US soldiers suffered traumatic brain injuries. And that was the immediate act of retaliation.

Now this notion that Iran would be going after Lana Marks, that would certainly be an anticlimax after the complete destruction of a US military base. Lana Marks is an airhead blonde handbag designer, and she's apparently got her position because she has lots of money. She sells handbags for $40,000 apiece. And she became a member of Mara Lago. So, you know, Trump, in his ineffable wisdom sent her over as the ambassador to South Africa.

The idea that Iran would consider killing somebody like this airhead blonde, as some kind of, you know, tit for tat for the murder of General Soleimani, who was really the greatest military hero in Iranian history, and the most popular political figure, and indeed the most popular a public figure in Iran -- lined up to be a future president of Iran -- this is ludicrous.

It's like saying that the Iranians were targeting, you know, one of her handbags. They were going to shoot a bullet through one of her $40,000 handbags. And this would somehow equate to the worth of General Soleimani. This is completely ridiculous.