Wednesday, 16 September 2020_A second Iranian pharmaceutical company has unveiled a special drug for treatment of multiple sclerosis (MS), saying it would rival a patented Israeli medication whose imports into Iran has been banned merely because of political reasons. 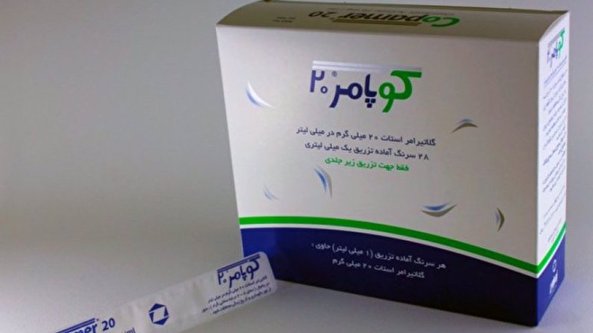 Copamer is the brand name for a domestic version of glatiramer acetate, the medication vastly used to treat MS.

The drug has been developed and manufactured by Zahravi Pharmaceuticals, a company based in the northwestern Iranian city of Tabriz.

A local health official said that Copamer would rival the patented version of glatiramer acetate currently marketed by Teva Pharmaceuticals, an American Israeli pharmaceutical company based in the occupied Palestinian territories.

Teva has been struggling to maintain its monopoly over long-acting formulations of the drug despite repeated court actions by drug makers around the world to contest new patents obtained by the company.

“Currently this drug is only produced in the world in Iran and (by) the Zionist regime,” said Mohammad Reza Siahi, an official from Tabriz University of Medical Sciences.

The active ingredient of Copamer is produced in Tehran, where Tofigh Daru, a major pharmaceutical company, announced in May that it had managed to develop a formulation to manufacture glatiramer acetate.

The CEO of Tofigh Daru said at the time that they developed the drug because Teva had refused to supply its patented medication to Iran merely because of political reasons.

Ya’ghub Haghighat Nia said that the injection drug would be much cheaper than its foreign versions once it reaches mass production in Iran.

He said the drug would generate millions of dollars in new revenues for Iran as the company plans to market it in countries like Turkey.