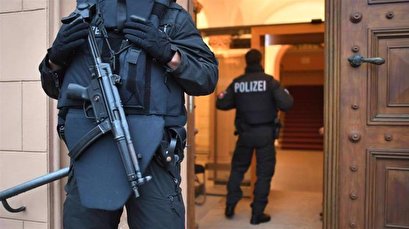 The police officers are believed to have shared more than 100 neo-Nazi images in WhatsApp groups including swastikas, pictures of Adolf Hitler and a digitally altered image of a refugee in the gas chamber of a concentration camp.

"This is the worst and most repulsive kind of hate-baiting," Reul told reporters, adding that he expected the investigation to turn up further chats with offensive content.

The suspects could face charges including incitement to racial hatred.

A total of 29 police officers are facing disciplinary proceedings connected to the case and have been suspended pending their outcome.

A spokesman for the federal interior ministry called the reports "highly alarming" and demanded a quick and thorough investigation to determine the extent of any far-right infiltration of the police.

"It casts a negative light on police across Germany in our view and is a slap in the face for officers who demonstrate their great loyalty to the free democratic order every day under the most difficult circumstances," the spokesman Steve Alter told reporters.