Wednesday, 16 September 2020_US President Donald Trump did not consider the coronavirus as a once-in-a-lifetime challenge in early days of the pandemic, according to a CNN interview by Washington Post associate editor Bob Woodward. 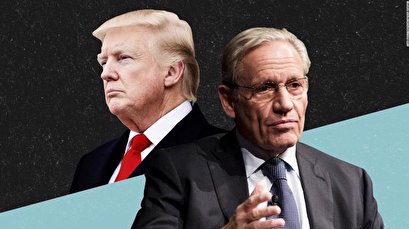 "Was there a moment in all of this, last two months, where you said to yourself -- you know, you're waking up or whatever you're doing and you say, 'Ah, this is the leadership test of a lifetime?'" Woodward asked Trump on March 19.

"I think it might be, but I don't think that," Trump added. "All I want to do is get it solved. There are many people that said that to me. They said, you're now a wartime President."

Trump has made the comments exactly the same day (March 19) that the US witnessed 256 reported deaths from covid-19, the respiratory disease caused by the coronavirus.

"This is the moment a leader would say, 'I got a warning: Trouble is coming. There are things we can do,'" Woodward said. "But then he goes on and says, 'Oh, I didn't want to tell the truth because I would panic people.' That's not what people in this country do when they're told the truth."

Woodward has conducted 18 on-the-record interviews with the US president between December and July for his new book, "Rage."

The book also contains the remarks of several US officials, including Dr. Antony Fauci, slamming Trump for his "rudderless" leadership of the pandemic.

"His sole purpose is to get reelected," Woodward quoted Fauci, the administration's top infectious disease expert, as telling an associate.

Meanwhile, Trump has repeatedly questioned the way coronavirus deaths are being calculated, accusing the US Democrats of downplaying his actions in fight against the virus.

Share to
Related News
Fauci: I didn’t sign off on a clip being used in an ad by the Trump campaign
Tags
Rage ، coronavirus ، Trump
Your Comment