Wednesday, 16 September 2020_Detainees at US Immigration and Customs Enforcement (ICE) detention centers have been denied basic medical care, according to a whistleblower nurse in a Georgia immigration detention facility. 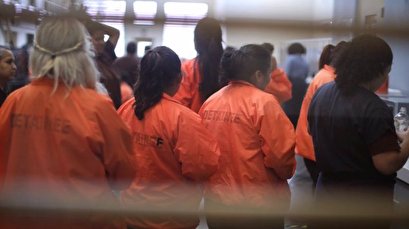 Dawn Wooten, a registered nurse who worked full-time at the Irwin County Detention Center until July, said in a complaint filed to a federal watchdog that detainees had improperly received hysterectomies and other gynecological procedures without their informed consent.

Wooten made the allegations in a complaint filed on Monday to the Department of Homeland Security’s Office of Inspector General by a coalition of advocacy groups.

Wooten said that she and other nurses had noticed women were receiving hysterectomies at an improbable rate, and that they were worried the detainees did not understand the nature of the procedures as most medical staff members do not speak Spanish.

“These immigrant women, I don’t think they really, totally, all the way understand this is what’s going to happen depending on who explains it to them,” she said in her complaint. “A lot of them said that they didn’t understand what was being done to them. Nobody explained it to them.”

Meanwhile, attorneys for the detainees at Irwin told Reuters that several women had complained about gynecological treatment by an outside provider to the facility.

The allegations caused an outcry among Democratic lawmakers including US House of Representatives Speaker Nancy Pelosi and US Senate Democratic Leader Chuck Schumer who demanded an investigation on Tuesday into the claims made by the nurse.

“If true, the appalling conditions described in the whistleblower complaint – including allegations of mass hysterectomies being performed on vulnerable immigrant women – are a staggering abuse of human rights," Pelosi said in a statement. “The DHS Inspector General must immediately investigate the allegations detailed in this complaint."