Thursday, 17 September 2020_As Hurricane Sally passed over the US Gulf Coast on Wednesday (September 16) as a powerful but slow moving category 2 hurricane, storm surge washed boats ashore along Alabama and Florida's panhandle. 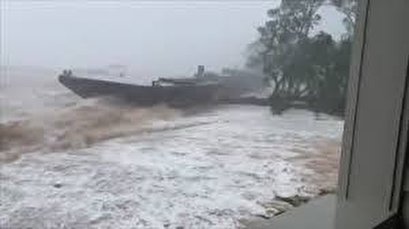 Sally is not the most powerful storm to batter the US Gulf Coast in recent memory, but its glacial pace is becoming a regular feature of the deadly storms, which many scientists attribute to climate change.

The storm has already dropped more than 18 inches (46 cm) of rain in the last 24 hours, with more rainfall looming, the National Hurricane Center said.

The National Hurricane Center is monitoring four storms now - Sally, Paulette, Teddy and Vicky, with another system in the southwestern Gulf of Mexico possibly becoming a depression in the next several days.