Deputy fired over Florida school massacre to get job back

Thursday, 17 September 2020_A Florida sheriff’s deputy who was fired for his inaction during a school shooting that left 17 dead has been reinstated with back pay by an arbitrator who ruled that the sheriff missed a deadline for dismissing the deputy. 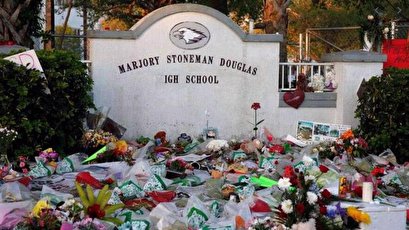 An arbitrator ruled this week that Broward Sheriff Gregory Tony acted 13 days too late when he fired deputy Josh Stambaugh last year for his conduct during the February 2018 massacre at Marjory Stoneman Douglas High School, the South Florida Sun-Sentinel reported.

State law says discipline against law enforcement officers must occur within 180 days of an investigation's completion. It is unknown exactly how much Stambaugh will receive in back pay, but he earned more than $150,000 in 2018, including overtime.

It is the second time an arbitrator has reinstated a Broward deputy fired for his conduct during the Parkland shooting. Another arbitrator reinstated Sgt. Brian Miller four months ago, saying Tony had missed that deadline by two days. The sheriff's office is appealing the Miller decision and says it will do the same with Stambaugh.

“Once again, an arbitrator with no connection or association with Broward County has made a flawed decision to reinstate a deputy who was terminated for his response to Marjory Stoneman Douglas High School," the sheriff's office said in a statement.

Jeff Bell, president of the Broward patrol deputies union, told the newspaper that firing Miller and Stambaugh after the deadline was “a waste of taxpayer money on cases where the agency knows it violated Florida State Statutes.”

A state investigative commission found that Stambaugh was working an off-duty shift at a nearby school when he responded to reports of shots fired at Stoneman Douglas. He got out of his truck, put on his bulletproof vest and took cover for about five minutes after hearing the shots, according to body camera footage. Stambaugh then drove to a nearby highway instead of going toward the school.

Eason ran the other way as gunfire continued, then spent time putting on his bulletproof vest and body camera while the carnage continued, investigators said.