Trump says he is not happy with the TikTok deal

Thursday, 17 September 2020 (YJC)_President Trump said he won’t be content if TikTok continues to be majority-owned by ByteDance. 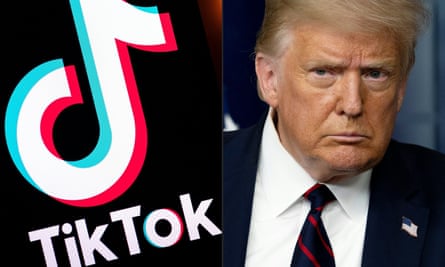 President Trump said Wednesday he was "not going to be happy" if the viral video app TikTok continues to be majority-owned by ByteDance, its Chinese parent company.

The US government is currently evaluating a proposal from ByteDance and Oracle designed to resolve the Trump administration's national security concerns about TikTok.

A report this week from the Financial Times suggested that the proposal could see ByteDance retaining a majority stake in the embattled social media app.

Trump told reporters that he has not seen the specifics of the deal but that "conceptually" he would be opposed to ByteDance being allowed to retain a controlling share of TikTok.

"Conceptually, I can tell you I don't like that," he said. "If that's the case, I'm not going to be happy with that."

Trump said he expects to be briefed on the proposal on Thursday.

"It has to be 100% as far as national security is concerned, and no, I'm not prepared to sign off on anything," Trump said. "I have to see the deal."

Trump also expressed surprise that the administration may not legally demand a payment from the companies in exchange for approving the deal.

"Amazingly, I find that you're not allowed to do that," he said. "What kind of a thing is this? ... I said, 'No, I want a big chunk of that money to go to the United States government because we made it possible,' and the lawyers come back to me and say there's no way of doing that."