Biden warns UK about consequences of breaking the Brexit deal 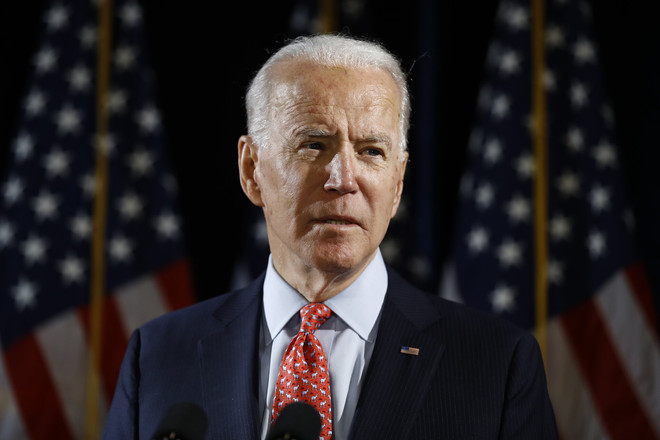 UK Prime Minister Boris Johnson was earlier warned by a bipartisan group of American lawmakers that the US Congress would not support an upcoming trade deal between London and Washington if Britain’s new Internal Market Bill jeopardises the Good Friday Agreement, a peace deal that brought the Northern Irish conflict to an end back in 1998.

Democratic presidential candidate Joe Biden joined members of the US Congress in a call to British Prime Minister Boris Johnson by tweeting on Wednesday that “any trade deal between the US and UK must be contingent upon respect for the Agreement and preventing the return of a hard border. Period.”

In a post, the former vice-president shared a public letter from a group of American lawmakers, three Democrats and one Republican, who earlier urged the UK Prime Minister to “abandon any and all legally questionable and unfair efforts to flout the Northern Ireland protocol of the Withdrawal Agreement”.

The Northern Ireland protocol is an intrinsic part of Brexit agreement that was negotiated by Boris Johnson last October, which was designed to prevent the re-establishment of a hard border between the UK’s Northern Ireland and the Republic of Ireland, a member of the EU, following the UK’s departure from the union this year. However, many now worry that this vital piece of legislation could be put at risk by the Internal Market Bill which recently passed through the House of Commons with a 77 majority.

According to critics, the document, which is set to enable goods and services to move freely across all territories of the United Kingdom, will allow British ministers to alter parts of the withdrawal agreement and thus not only break international law, but also put the Good Friday Agreement, that established peace in the Northern Ireland back in 1998, at risk.

Last week, House Speaker Nancy Pelosi said that there was “absolutely no chance” for the UK-US trade deal if London fails to preserve the Good Friday Agreement. The authors of the letter said that they would back Pelosi’s position, maintaining that the US Congress “will not support any free trade agreement between the United States and the United Kingdom” if London “fails to preserve the gains of the Good Friday Agreement and broader peace process”.

The trade deal between London and Washington is currently being negotiated by the UK’s International Trade Secretary Liz Truss and US Trade Representative Robert Lighthizer, as British Foreign Secretary Dominic Raab is also currently visiting the United States in a bid to clarify Britain’s position on Brexit. Pelosi was also the one to meet with Raab in Washington this week, but her wording remained unchanged:

"In our meeting today with the foreign secretary, Richie Neal and I welcomed [Raab's] assurances but reiterated the same message that we delivered to the leaders of the UK in London last year: if the UK violates its international agreements and Brexit undermines the Good Friday accord, there will be absolutely no chance of a US-UK trade agreement passing the Congress," she said in a statement on Wednesday.

The US and UK entered trade negotiations after Britain left the European Union on 31 January 2020. However, despite initial expectations to reach the deal by the end of summer 2020, the agreement between two NATO partners has been delayed by disagreements over food safety standards the UK was not ready to walk away from.