Friday, 18 September 2020_Political commentator Colin Cavell says Bahrainis are becoming aware of the extent of the crimes committed by the Al Khalifa regime. 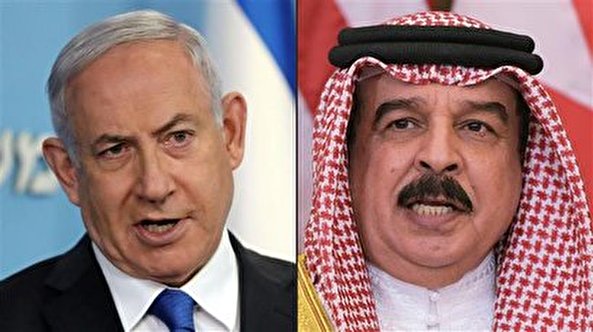 They carried signs that read, “Down with US and Israel” and “No to normalization with the occupying regime” as well as placards that condemned any facilitation of the Israeli regime’s intervention in the Persian Gulf region.

Others carried Palestinian flags, asserting that Manama’s stance towards Tel Aviv and the ongoing favorable coverage of the rapprochement by some media outlets did not serve to represent the Bahraini public’s opinion.

“The protesters say they stand by the Palestinian nation and are against all instances of treachery” targeting them such as acts of normalization with the occupying entity, the channel said.

Bahrain and the United Arab Emirates signed official agreements at the White House on Tuesday enabling full normalization of their relations with Israel. The deals had been announced by US President Donald Trump respectively earlier in September and last month.

During the event, Trump claimed “five or six” more Arab countries were poised to agree to follow suit.

All Palestinian factions, Bahrain’s opposition groups, and numerous independent Muslim circles have roundly denounced the normalization trend as a stab in the back of the Palestinian nation and sheer betrayal of their cause of liberation from the Israeli occupation and aggression.

Observers say the wave of Arab-Israel détente serves to both woo the US-based Zionist lobby’s votes for Trump in the upcoming presidential election and deflect attention from a political and legitimacy crisis that Netanyahu is grappling with.