US sanctions on Iran didn’t work, won’t either: Russia’s Lavrov

Friday, 18 September 2020_Russia has censured the United States for leveling “futile” accusations against Iran in a bid to demonize the Islamic Republic, saying the sanctions that Washington has imposed on Tehran in the past to strangle it “did not work before and will not work now.” 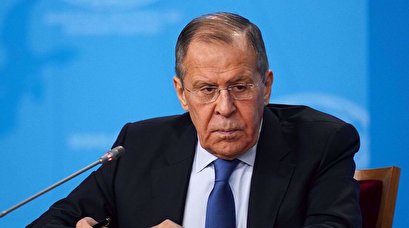 “A reliable and sustainable resolution of problems is possible only through agreements between all parties involved, while the entire current logic of the US policy is set on making Iran the focus of all containment and punishment efforts,” Foreign Minister Sergei Lavrov said during his Thursday interview with Sputnik, which was published on Friday.

Iran has time and again stated readiness for dialogue and is still ready for talks that “cannot be based on ultimatums that the US side periodically brings forth,” Lavrov said.

Russia, he underscored, along with other parties to the 2015 Joint Comprehensive Plan of Action (JCPOA) is ready to “help start such dialogue.”

“Together with the European states and China, we stand for the JCPOA on settling the Iranian nuclear issue, which was approved by the UN Security Council [Resolution 2231] in 2015, and which is now being destroyed by the US, which focuses on their drive to demonize Iran,” Lavrov said.

The Russian foreign minister noted that the UN Security Council continues discussion in this regard. He said 13 out of 15 of the members oppose Washington in its attempts to “destroy the JCPOA and to blame Iran for everything that's been happening.”

US Secretary of State Mike Pompeo said on Wednesday that the United States would return to the UN to have the sanctions re-imposed on Iran next week.

Speaking at a press conference in Washington with British Foreign Secretary Dominic Raab, he added that the US would also do all it needed to make sure those sanctions are enforced.

Iran's President Hassan Rouhani said on Wednesday that the United States has suffered a “humiliating defeat” in its push to trigger the so-called snapback mechanism. Rouhani said this weekend — the date when Washington claims the UN sanctions will be reinstated against Tehran — will mark a victory for the Iranian nation.