Friday, 18 September 2020_The European Parliament has called on European Union (EU) member states to impose an arms embargo on Saudi Arabia over its gruesome murder of well-known dissident journalist Jamal Khashoggi, and the Saudi devastating war on Yemen. 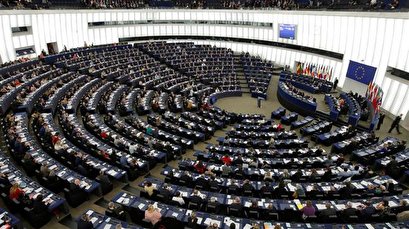 The EU legislative branch, in an arms export report adopted on Thursday, urged all members of the 27-nation bloc to “follow the example of Germany, Finland and Denmark, which, after the killing of the journalist Jamal Khashoggi adopted restrictions on their arms exports to Saudi Arabia.”

The report notes that arms exported to Saudi Arabia, the United Arab Emirates (UAE) and some other Arab states had been used in the the war on Yemen “where 22 million people find themselves in need of humanitarian aid and protection.”

It also urges the remaining EU countries to impose the Saudi sanctions to prevent further civilian suffering in the Yemen conflict.

Khashoggi was murdered at Saudi Arabia’s consulate in Istanbul on October 2, 2018, after he entered the premises to obtain paperwork for a planned marriage with his Turkish fiancée Hatice Cengiz.

Turkish officials say the 59-year-old was strangled and his body cut into pieces by a 15-man Saudi squad inside the consulate, and his remains are yet to be found.

On September 7, the Riyadh Criminal Court overturned five death sentences over Khashoggi's murder and commuted them to prison terms of up to 20 years to those convicted of his killing, saying they had been pardoned by the journalist's family.