Saudis may have enough uranium to produce nuclear fuel: Report

Friday, 18 September 2020_Saudi Arabia may be in possession of enough mineable uranium ore to produce nuclear fuel, a new report by the Guardian reveals. 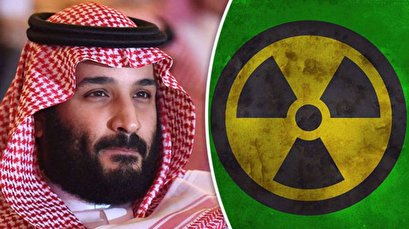 According to confidential documents prepared by Chinese geologists for the kingdom and seen by the Guardian, Riyadh now possesses so much uranium ore reserves that it can start domestic production of nuclear fuel.

The Chinese geologists have been reportedly rushing to help Riyadh map its uranium reserves at breakneck speed as part of their nuclear energy cooperation agreement.

The geologists identified reserves that would be able to produce more than 90,000 tons of uranium from three “major deposits” in the center and northwest of the country, the report said.

They have worked all year round despite blistering summer heat to identify these reserves, it said.

However, these are “inferred deposits”, and further exploration would be needed to confirm uranium reserves and calculate the cost of extraction.

The documents have been prepared by the Beijing Research Institute of Uranium Geology (BRIUG) and China National Nuclear Corporation (CNNC), working with the Saudi Geological Survey.

The disclosure will intensify concerns about Saudi Arabia’s interest in an atomic weapons program.

Experts warn that if Saudi Arabia is able to mine sufficient uranium domestically, rather than relying on foreign providers, it could give the kingdom a boost toward creating its own weapons program.

Bruce Riedel at the Brookings Institution said the information showed that the Saudis were “aggressively pursuing the prerequisites” for either an energy or weapons program and that securing a domestic source of uranium would boost their effort.