Saturday, 19 September 2020_For the first time in ten months, a US aircraft carrier has sailed through the Strait of Hormuz and enters into the waters of the Persian Gulf, as Washington has threatened to illegally extend an expiring arms embargo on Iran. 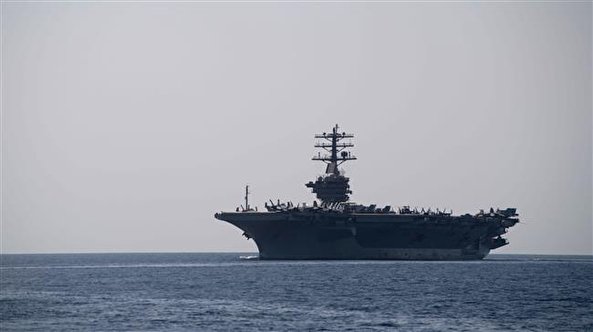 The US 5th Fleet said in a statement on Friday that the strike group led by the USS Nimitz and including two guided-missile cruisers and a guided-missile destroyer sailed into the Persian Gulf to operate and train with US partners.

“The [carrier strike group] will operate and train alongside regional and coalition partners, and provide naval aviation support to Operation Inherent Resolve,” read the statement.

"The Nimitz Strike Group has been operating in the 5th Fleet area of operations since July, and is at the peak of readiness," strike group commander Rear Admiral Jim Kirk said in a news release.

“We will continue our support to the joint force while we operate from the (Persian) Gulf alongside our regional and coalition partners," he added.