Democrats not serious to stop US weapons sales to the Saudis: Former US diplomat

Saturday, 19 September 2020_The Democrats are not serious to put down the US sales of weapons to the Saudis and to Israel and other countries, says J. Michael Springmann, a former US diplomat in Saudi Arabia. 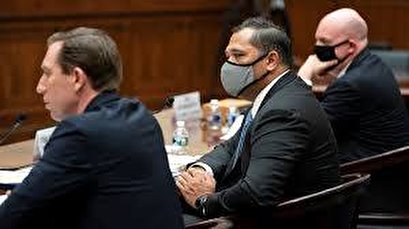 US Secretary of State Mike Pompeo’s top aides have been questioned by Congress over President Donald Trump’s dismissal of a top administration official while he was investigating billions of dollars of arms sales to Saudi Arabia.

Springmann said, “There are two points to keep in mind when considering the House of Representatives' investigation of the firing of Steve Linick, the former State Department Inspector General, back in May of this year.”

“The first, of course, is that Linick was probing the sale of huge amounts of weapons to Saudi Arabia for use in Yemen, and other issues.  Apparently, it was alleged that Secretary of State Pompeo and his wife used government officials to do personal things for them. I'm not sure what that is and there are no specifics.  Linick claimed he had been bullied when he was asking questions, and wanted answers and not getting them. And I think there's something to that,” he told Press TV in an interview on Friday.

“The other issue, of course, is that this is an election year. In a bit more than a month and a half, we have general elections for president and a third of the Senate and all of the House of Representatives. So Elliot Engel, the Democrat, who's been doing most of the questioning of Pompeo, was also one of the Democrats who led the impeachment proceedings in the House of Representatives against Donald Trump. Eliot Engel of course has lost his seat in Congress. He lost in a primary, and he will be on his way out. And in the primary, the people running against him charged him with taking more money from defense contractors than 144 Republicans in the House of Representatives. So, I think that Engel is playing politics. He's a strong supporter of Israel and he is trying to do his very best to get Donald Trump out of office,” said Springmann who is based in Washington.

“So I think it's a nasty combination of events, with Trump trying to sell more weapons to the Saudis than they need, and also Engel playing politics for all he's worth. The real issue is that the Democrats all have defense contractors in their districts, or most of them I guess, or they get money from defense contractors so that when push comes to shove, the Democrats don't really fight against this. Yes, they passed a resolution in the House of Representatives and tried to get the same resolution through the Republican-controlled Senate, but they didn't have the votes to overcome Donald Trump's veto,” he added.