Turkey ‘withdrew survey ship to allow for diplomacy with Greece, will return it though’

Saturday, 19 September 2020_Turkish President Recep Tayyip Erdogan says Turkey withdrew a seismic research vessel from disputed waters in the eastern Mediterranean Sea to allow for diplomacy with Greece, with which Ankara has been involved in a dispute over oil and gas resources in the region. 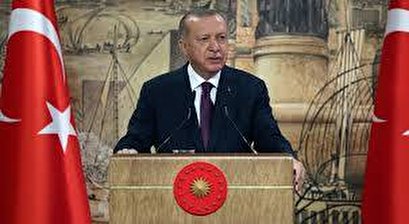 President Erdogan made the remark in Istanbul on Friday, adding, however, that Turkey’s operations for exploring oil and gas in contested Mediterranean waters will resume.

Back in August, Turkey dispatched the seismic research vessel Oruc Reis, accompanied by naval vessels, off the Greek island of Kastellorizo, where Turkey disputes Greek maritime rights. Greece responded by sending its own military vessels to monitor the situation.

However, on Sunday, the Turkish government returned Oruc Reis, along with the two accompanying vessels, to waters near the southern province of Antalya for what it called routine maintenance.

Erdogan said the temporary withdrawal was also meant to show goodwill and added that the ship would return to the disputed waters after maintenance.

“Let’s give diplomacy a chance, let’s put forth a positive approach for diplomacy. Greece should also positively meet this approach of ours, and let’s take a step accordingly,” Erdogan told reporters. “This is why we did it.”

“But this does not mean that, because Oruc Reis was pulled back for maintenance, our seismic activities will fully stop,” he said. “Once the maintenance period is finished, Oruc Reis will go back to its operations again and continue its work there.”