Saturday, 19 September 2020_The United Nations has urged Turkey to launch an immediate and independent investigation into war crimes and other violations of international law committed in the northern part of Syria, which are under the control of Turkish occupation forces and allied militant groups. 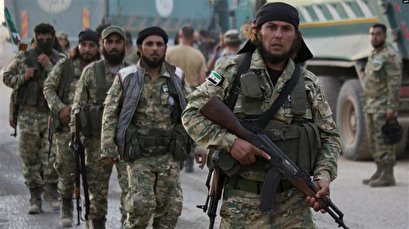 Michelle Bachelet, the UN High Commissioner for Human Rights, said on Friday that the situation in those areas of Syria was grim, with violence and criminality rife.

Bachelet's UN Human Rights Office (OHCHR) said in a statement it had noted an “alarming pattern in recent months of grave violations,” having documented increased killings, kidnappings, unlawful transfers of people, seizures of land and properties and forcible evictions.

The victims include people perceived to be allied with opposing parties or as being critical of the actions of the Turkish-affiliated armed groups, her office added.

“People living in these areas, whose rights have been violated, are entitled to protection and a remedy. In this regard, I urge Turkey to immediately launch an impartial, transparent and independent investigation into the incidents we have verified, account for the fate of those detained and abducted by the affiliated armed groups, and hold accountable those responsible for what may, in some instances, amount to crimes under international law, including war crimes,”  Bachelet said.

“This is all the more vital given that we have received disturbing reports that some detainees and abductees have allegedly been transferred to Turkey following their detention in Syria by affiliated armed groups,” she pointed out.