The US Army stepping up its military deployment in Syria 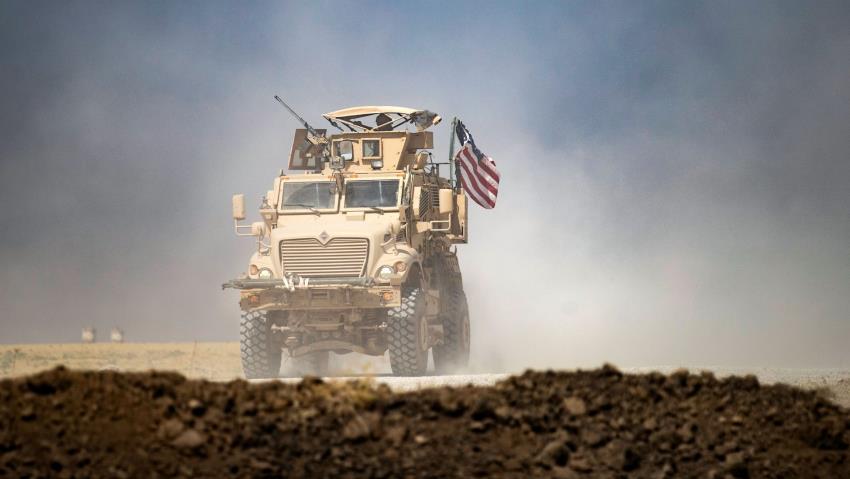 The US Army announced Friday it was stepping up its military deployment - both troops and equipment - in northeastern Syria despite a push to limit its presence there, a move that follows tensions with Russia in the region.

US Central Command (Centcom) "has deployed Sentinel radar, increased the frequency of US fighter patrols over US forces, and deployed Bradley Fighting Vehicles to augment US forces" in the area, which is controlled by the US and its Kurdish allies, spokesman Captain Bill Urban said in a statement.

The number of armored vehicles sent as reinforcement did not exceed half a dozen, and "less than 100 people" were sent to maneuver them, a US official who spoke on condition of anonymity said.

Without mentioning Russia, Urban said the moves were meant "to help ensure the safety and security of Coalition forces," and that the US "does not seek conflict with any other nation in Syria, but will defend Coalition forces if necessary."

The US official, who spoke on condition of anonymity, said however that the actions "are a clear signal to Russia to adhere to mutual de-confliction processes and for Russia and other parties to avoid unprofessional, unsafe and provocative actions in northeast Syria."

US Bradley Fighting Vehicles were pulled out of the region last October by President Donald Trump, who tried in early 2019 to recall all US troops from Syria, before agreeing to leave a few hundred to protect oil wells.

Several incidents in recent weeks have pitted the US military against Russian forces now deployed along the Turkish border under an agreement with Ankara.

At the end of August, seven American soldiers were injured in a collision with a Russian vehicle.

Videos posted on Twitter, apparently filmed by witnesses and the Russians themselves, showed Russian armor and helicopters attempting to block American vehicles and then force them out of the area.

The tanks were flown in from a base in Kuwait, anti-jihadist coalition spokesman Colonel Wayne Marotto said in another statement.

US and Russian troops frequently interact in Syria, but confrontations have been rare.