Saturday, 19 September 2020_The US military has sent a new convoy of military vehicles and troops to oil-rich eastern Syria amid rising tensions with Russian forces in the region, and as Washington seeks to loot crude resources in the war-torn country. 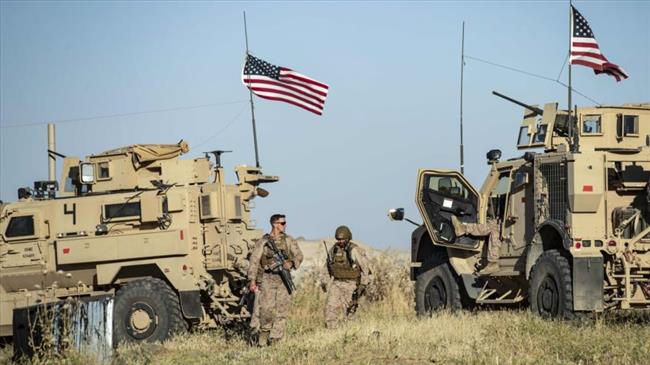 Captain Bill Urban, spokesman for the US Central Command (CENTCOM), said in a statement on Friday that the United States “has deployed Sentinel radar, increased the frequency of US fighter patrols over US forces, and deployed Bradley Fighting Vehicles to augment US forces” in the area.

Without mentioning Russia, Urban added that the moves were meant “to help ensure the safety and security” of the US-led military coalition purportedly formed to fight the Daesh Takfiri terrorist group.

He asserted that the US “does not seek conflict with any other nation in Syria, but will defend coalition forces if necessary.”

A US official, speaking on condition of anonymity, also said six Bradley Fighting Vehicles arrived in Syria early on Friday from Kuwait, and that their deployment along with the forces manning the radar equipment will add an additional 100 personnel to the 500 American forces operating in eastern Syria.

The official went on to say that the actions are “a clear signal to Russia and other parties” to avoid what he termed as “unprofessional, unsafe and provocative actions in northeast Syria.”

Senior US officials have on occasions complained about Washington’s policies in Syria, arguing that the approaches of President Donald Trump’s administration have stuck American troops fighting a 'forgotten war' and guarding oil and gas resources there, while Russian troops are making advances and help the Damascus government recover after nearly a decade of militancy.