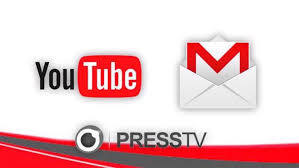 The move came on Saturday almost a year after the US tech giant shut YouTube and Gmail accounts of both Press TV and its sister channel Hispan TV without any prior notice.

"Your Google account was disabled and can't be restored because it violated export laws. You should retain legal counsel if you have any questions," Google said in a message that appears after Press TV tries to log into its account.

The United States export laws and regulations prohibit the use of and access to controlled information, goods, and technology for reasons of national security or protection of trade.

Federal regulations restricting the export of goods and technology out of the country have been around since the 1940s.

Researchers and others handling ECTD must take reasonable measures to prevent the disclosure, use, and access of export controlled technical data by unauthorized, unlicensed foreign persons.

Over the past years, Google has recurrently been opting for such measures against Iranian media outlets. It has taken on Press TV more than any other Iranian outlet given the expanse of its viewership and readership.

The previous attack also denied the networks any advance notification, sufficing to cite a nebulous “violation of policies.”

Previously, Press TV’s YouTube channel was closed in September and November 2013 and April 2014.

The Islamic Republic of Iran Broadcasting — which runs Press TV and Hispan TV as part of its World Service — has called such attacks clear examples of censorship.

Such attacks on the freedom of speech seem to be part of an anti-Iran policy perused by US President Donald Trump since taking office.

After Trump took office in 2017, Washington ramped up its efforts to target the Islamic Republic.

The campaign even assumed the self-styled title of “maximum pressure” under the current US president.

The drive has seen the US leaving a multi-party nuclear agreement with Iran in May 2018, and returning the nuclear-related sanctions that the deal had lifted.

As part of the campaign, the US State Department has also called on social media companies Facebook, Instagram, and Twitter to block the accounts of Iranian government leaders, and iOS — a mobile operating system created by US company Apple Inc. — disabling Iranian applications.

In an arbitrary move in April, the US Treasury Department's Office of Foreign Assets Control (OFAC) blocked and seized the official domain name of Iranian state-run newspaper "Iran."