Sunday, 20 September 2020_Iran’s nuclear chief says the International Atomic Energy Agency (IAEA) has announced that it would not make further demands to inspect more sites inside Iran after visiting the two locations for verification purposes based on an agreement reached between the two sides late last month. 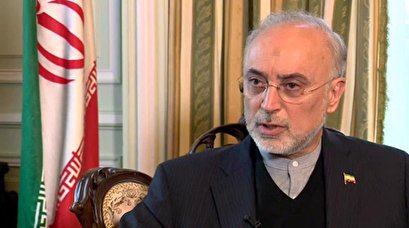 Head of the Atomic Energy Organization of Iran (AEOI) Ali Akbar Salehi said on Saturday that in the recent issue between the two sides, Tehran never said that it would not grant the IAEA access to inspect its nuclear sites.

He added that the IAEA had made a request that had some “legal and technical problems” after they were evaluated by Iran, but the country expressed its readiness to cooperate with the agency after the nuclear watchdog solved these issues.

“If the International Atomic Energy Organization makes a demand from Iran based on commitments, we do not have any problem to meet them. It means that the IAEA’s demands should be in line with the Safeguards Agreement or the Additional Protocol, and they should be logical, solid and substantiable,” he added.

Pointing to a joint statement issued by Iran and the IAEA late last month, Salehi said, “The IAEA inspectors came [to Iran] and inspected one of the two sites specified [by the agency]. The first inspection was carried out and nothing special happened.”

He noted that Iran and the IAEA have also agreed the time for the inspection of the second site but it would not be made public.

At the end of a two-day trip to Tehran by the IAEA Director General Rafael Mariano Grossi, Iran and the UN nuclear agency issued a joint statement on August 26 on their agreements and the results of high-level talks between the two sides.

"After intensive bilateral consultations, Iran and the IAEA reached an agreement on the resolution of the safeguards implementation issues specified by the IAEA, in good faith. In this regard, Iran is voluntarily providing the IAEA with access to the two locations specified by the IAEA and facilitating the IAEA verification activities to resolve these issues," read part of the statement.

Speaking during his introductory statement to the IAEA's 35-member Board of Governors on Monday, Grossi said the agency's inspectors will visit the second of two sites in Iran later in September.

"Our inspectors took environmental samples which will be analyzed. A complementary access at the second specified location will take place later this month," he added.

Elsewhere in his remarks, Salehi said Iran’s policies and approaches have always been based on principles set by the country, adding, “We cannot violate these principles.”

"The Islamic Republic of Iran showed that it is a committed country that acts based on political code of ethics and it is not like the Americans that renege on their promises,” the AEOI chief said, once again reaffirming Tehran’s full compliance with its commitments.