IRGC to enemies: We will crush your teeth if Iran's interests threatened

Sunday, 20 September 2020_The commander of the Islamic Revolution Guards Corps (IRGC) Navy has warned the enemies that if they threaten Iran’s national interests, their teeth will be smashed and their bodies will be sent out of the Strait of Hormuz in Iranian coffins. 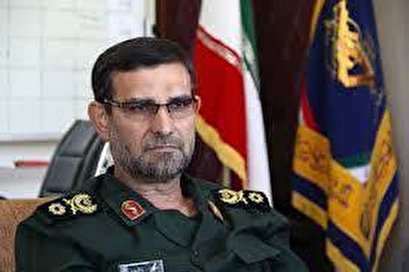 In an interview with the Iranian Students News Agency (ISNA) published on Saturday, Rear Admiral Alireza Tangsiri advised the enemies not to threaten the Islamic Republic’s interests and sanctities.

“Because if they encroach on [our interests], we will cut off their hand, and if they grit their teeth, we will smash their teeth within their mouths,” he said. “This is not a slogan, and we have proved it in practice.”

Tangsiri added that the enemies should learn the Iranian proverb reading, “It is wrong to test a tested one.”

During the eight-year Iraqi imposed war, the enemies were slapped in the face multiple times despite a lack of Iranian defensive equipment, especially at sea, he noted.

Today, however, Iran has very advanced equipment, the IRGC commander said. “We will stand against the enemies, both regional and extra regional ones, and on the day of the incident, we will take their bodies out of the Strait of Hormuz in Iranian coffins.”

Elsewhere in his interview, Tangsiri was asked about which side would have an upper hand in the case of a confrontation between the US and Iran in the latter’s southern waters.

“Definitely here is our home and these are American terrorists who have been present in the wrong place. We have never initiated a war and will not do so, but … if the enemies try to threaten and attack our national interests anywhere in the country, we will decisively stand up to it,” he replied.

The IRGC commander was further asked about the normalization deals that Bahrain and the United Arab Emirates (UAE) have recently signed with Israel.

Share to
Related News
IRGC Commander Major: US Rotten from the Inside, Isolated out
Tags
threatened ، interests ، coffins
Your Comment