Sunday, 20 September 2020 (YJC)_ In his remarks Iranian Minister of Defense Brigadier announced the largest unit of Industrial Batteries’ Production is launched in Iran. 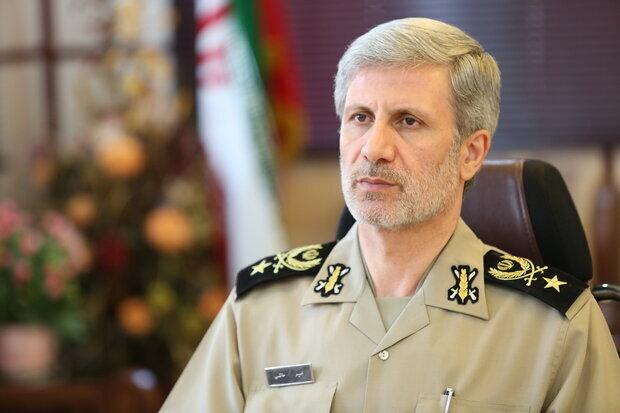 In attendance of Iranian Minister of Defense Brigadier General Amir Hatami several National projects regarding Energy Resources were launched and put into operation.

In his remarks in the ceremony of the largest Industrial Batteries’ Production Complex in the country and unveiling ceremony of the first wind turbine, manufactured domestically by the experts of the defense industry, Amir Hatami highlighted, “At the threshold of the 40th anniversary of the Sacred Defense (Iraqi imposed war against Iran in 1980-1988) and in the year named after by Leader of the Islamic Revolution as ‘Surge in Production’, enemies of the Islamic Iran are seeking to target the livelihood of the Iranian people by imposing the toughest sanctions against the country.”

Elsewhere in his speech, he mentioned "Relying upon domestic capabilities and round-the-clock efforts, experts in the defense industry of the country could take giant strides in the field of supply of energy for various defense fields and increased the production capacity of industrial batteries in the country up to 180 million ampere/hour which is a great achievement for the country in sanctions condition.”

With the implementation of this giant industrial unit in the field of producing industrial batteries, a considerable portion of important domestic needs of the country in the fields of telecommunications, power plant and refinery has been met, and accordingly, millions of dollars will be saved the country, he emphasized.