Sunday, 20 September 2020 (YJC)_ an analyst claims that Senate Majority Leader could engage in the greatest act of hypocrisy in American political history. 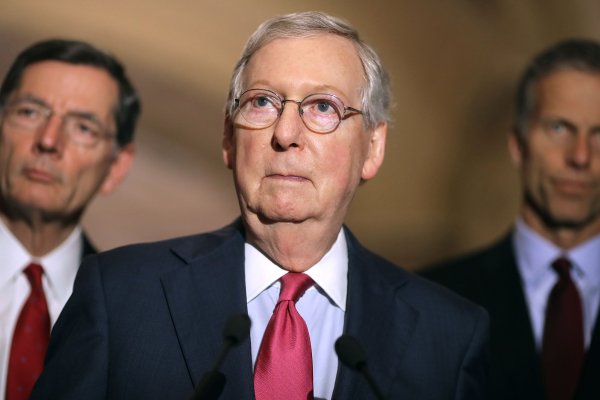 Her death and vacancy she has left at the high court has sparked fierce debate over whether Trump should move forward with nominating his third justice in as many years.

“The idea Mitch McConnell could engage in the greatest act of hypocrisy in American political history by stopping Merrick Garland who faced a vacancy in February of an election year, and jamming someone through when there is a vacancy in September of an election year — I don’t think that’s a foregone conclusion," Toobin said on "CNN Tonight."

At the time, several GOP members including Sen. Lindsey Graham (S.C.) have said they did not believe in confirming a justice before an election.

"I also recognize that there are only 53 Republicans in the Senate," he continued. "Will Mitt Romney go along with this? Will Lisa Murkowski? Will Susan Collins? Will Lamar Alexander?”

Democrats can “pretend they are powerless in this situation, or they can pick a fight for once," Toobin later added.

President Trump indicated in a Saturday tweet he will move swiftly to nominate a replacement for Ginsburg.

"We were put in this position of power and importance to make decisions for the people who so proudly elected us, the most important of which has long been considered to be the selection of United States Supreme Court Justices," Trump said.

"We have this obligation, without delay!"

The GOP controls the Senate, 53-47. If three Republicans defect on Trump's choice, Vice President Pence would serve as a tiebreaker in a 50-50 tie.

Share to
Related News
US Senate Democrats report record August fundraising haul
Obama Told US Senate not to Fill the Supreme Court Vacancy up until after the Presidential Election
Mourners gather at Supreme Court following death of Justice Ginsburg
Democrats not serious to stop US weapons sales to the Saudis: Former US diplomat
Tags
senator ، senate ، supreme court
Your Comment