A Time for Renewal: Global call for boosting UN system amid 75 anniversary

Monday, 21 September 2020 _Ahead of the September 21, High-Level Commemoration of the 75th Anniversary of the United Nations, a group of prominent former government and UN leaders are calling on current world leaders to take action to strengthen the United Nations system. 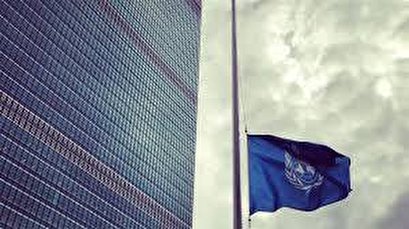 In an open letter titled "A Time for Renewal: Calling for a Strengthened Multilateral System" which was released Friday, 49 former UN and government officials from around the world expect the 75th anniversary of the 193-nation body to lead to "a stronger, more accountable, inclusive multilateral system".

In the letter, the leaders said, "The institutional framework of global governance, with the United Nations at its core, must do more to provide the guidance, leadership and decisions required to ensure human safety, security and sustainable development in our interdependent world."

"From climate change to human rights, gender and racial equality, and from sustainable development to international peace and security - the international community should honor its commitments to the UN's founding Charter, Agenda 2030 and the Paris Agreement."

"There is an urgent need for an explicit recognition by global leaders that we are at a turning point and must act decisively to defend and rejuvenate multilateralism," said the leaders who also stressed that recovery from the COVID-19 pandemic needs both national leadership and effective global cooperation.

"Multilateralism is not an option: it is the only path that can deliver a green, sustainable and equitable recovery," said Mary Robinson, former president of Ireland and former UN High Commissioner for Human Rights, in the letter.

Maria Fernanda Espinosa, president of the 73rd session of the UN General Assembly and former foreign minister of Ecuador, said that "the United Nations is an irreplaceable organization. It has a critical role in leading a concerted, coordinated response to the COVID-19 pandemic, and its recovery process which should allow us to build back better."

"This year's commemoration of the UN 75th anniversary is a golden opportunity to rejuvenate and retool the organization to build a more effective and inclusive multilateral system," Espinosa said.