Monday, 21 September 2020 _Tropical Storm Beta has winds of 60 mph this morning and is around 140 Miles southeast of Galveston, Texas moving west-northwest at 5 mph slowly towards the Texas coast line. 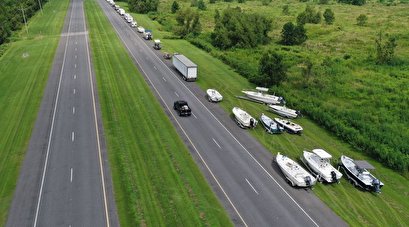 The latest forecast track of Beta shows the storm moving towards Texas on Monday, with the storm making landfall likely sometime late Monday night or early Tuesday morning as a tropical storm.

After making landfall the storm will begin to slowly turn northeast and track parallel to the Texas Gulf coast through Wednesday and then finally into the Mississippi River valley by Friday.

This morning, radar is showing outer bands of heavy rain reaching parts of the Louisiana, Mississippi, Alabama and even the Florida Gulf coast.

There are Tropical Storm Watches, Warnings, and Flash Flood Watches in effect for parts of Texas and Louisiana.

High resolution Computer models are indicating that the official landfall of a slow-moving Tropical Storm Beta will likely come late Monday or early Tuesday somewhere between Houston and Corpus Christi likely near or just north of the greater Victoria, Texas area.

High resolution forecast models are also consistent with showing not much movement of Beta once on land with barely any movement in the 24-hour period between Tuesday morning and Wednesday Morning. This will allow for torrential rain to continue to hit parts of Texas, particularly on the eastern side of the storm.