Monday, 21 September 2020 _Saudi Arabia’s navy has received the second and third batches of French fast interceptor boats, as part of a technology transfer deal with the Paris government. 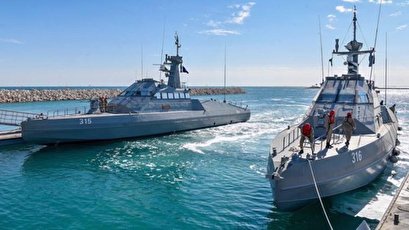 The official Saudi Press Agency reported on Sunday that General Fahed al-Ghufaily, head of the Saudi Royal Navy, oversaw a delivery ceremony for the HSI32 vessels on the eastern coast of the Persian Gulf kingdom.

Noting that the vessels are among the most modern speedboats, al-Ghufaily said they will “contribute to raising combat readiness of the maritime units and help protect the strategic interests of the kingdom”.

The delivery comes as part of an agreement with the French CMN shipyard for the construction of 39 boats.

Under the deal, half of the boats are to be made in France and the rest in Saudi Arabia. The first two boats were delivered to Riyadh in July last year.

Germany was the only European country to impose a halt on arms sales to Riyadh in 2018, citing circumstances surrounding the gruesome murder of dissident Saudi journalist Jamal Khashoggi at the Saudi consulate in Istanbul. It also pointed to the kingdom's aggression on Yemen that has killed tens of thousands.

The kingdom is stuck in a costly war on Yemen it launched in March 2015 in a bid to reinstall the former Saudi-backed regime and crush the popular Houthi Ansarullah movement.

However, over five years into the Western-sponsored war, Saudi Arabia has achieved neither of its objectives and instead plunged Yemen into what the UN says is the world's worst humanitarian crisis.

Despite international outrage over both the Khashoggi murder and the war in Yemen, however, most countries have decided to maintain profitable arms deals with Riyadh.