Monday, 21 September 2020 _US 2020 presidential candidate Joe Biden calls for nomination of the next US Supreme Court justice to replace Ruth Bader Ginsburg after the November election. 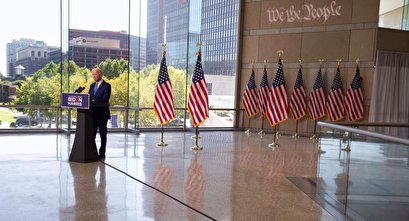 Biden also slammed President Donald Trump's push to nominate someone with fewer than 50 days before the election.

"The election's only 46 days off," said the Democratic nominee. "I think the fastest justice ever confirmed was 47 days. And the average is closer to 70 days. And so we should do this with full consideration, and that is my hope and expectation what will happen."

He further reminded GOP Senate leaders that they were not ready to accept former President Barack Obama's nominee although 10 months had been left to the election in 2016.

US Senate majority leader Mitch McConnell has shown a green light for a Trump nomination to the powerful court.