Monday, 21 September 2020 _US Secretary of State Mike Pompeo has laid into European leaders for failing to do anything to bring back the United Nations’ sanctions against Iran lifted under Tehran’s nuclear deal with the world powers. 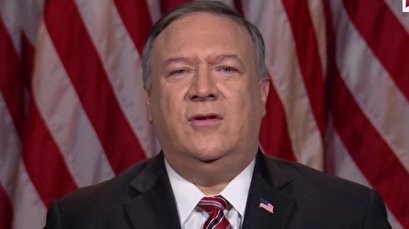 Last month, Pompeo told the UN that Washington was “initiating” a process to return the sanctions, citing what he called Iran’s violation of the 2015 nuclear deal, known as the Joint Comprehensive Plan of Action (JCPOA).

Thirteen members of the UN Security Council’s 15-strong board, however, refused to lend any credit to the US bid, reminding that the US left the JCPOA in 2018, therefore, giving up the right to invoke the sanction “snapback” mechanism that is included in the deal.

On Saturday, the US top diplomat claimed the US had reimposed the sanctions against Iran, a move that came after the Trump administration had failed to extend the conventional weapons embargo set to expire next month under the deal.

He also said, “If UN Member States fail to fulfill their obligations to implement these sanctions, the United States is prepared to use our domestic authorities to impose consequences.”