Joe Biden entered fall campaign with $466 million in the bank 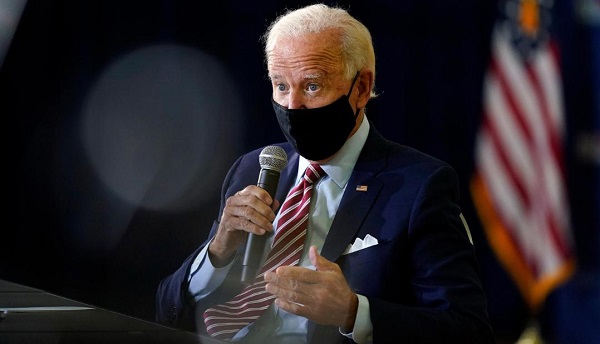 Team Biden's cash position, released by his campaign Sunday night, puts the Democratic nominee and his party about $141 million ahead of Trump's political operation. It represents a sharp reversal from the opening months of the general election when Trump enjoyed a formidable financial lead.

Heavy spending by Trump and record-breaking fundraising by Biden and his allies in August as he added California Sen. Kamala Harris to the ticket helped Democrats overtake the President and the Republican National Committee.

The numbers released Sunday came as campaigns filed reports with federal regulators detailing their fundraising and spending during August.

Trump, in an unprecedented move, filed paperwork for his reelection the day he was sworn into office and quickly kicked off his campaign operation. And at the end of March 2020, Trump and Republicans had a cash advantage over Biden and Democrats that exceeded $170 million.

But the President's fundraising edge evaporated over the summer as his campaign spent heavily on advertising and fundraising operations, and as Democratic donors coalesced around Biden's candidacy.

Liberal donor enthusiasm also has spilled into other contests and political fights. This weekend, donations to Democratic candidates and causes via the online fundraising platform ActBlue surged past $100 million, following the death of Supreme Court Justice Ruth Bader Ginsburg.

Facing a potential cash crunch, Trump earlier this month pledged to spend "whatever it takes" of his own branding and real-estate fortune to win reelection. But he's also had additional outside help.

Sunday's filings show Adelson also is spending heavily to help vulnerable Republicans in the Senate. Democrats need a net gain of just three seats to flip the chamber if they also capture the White House or four if Trump wins reelection.

Adelson and his wife Miriam contributed a combined $25 million in August to the Senate Leadership Fund, a super PAC aligned with Senate Majority Leader Mitch McConnell, a Kentucky Republican.

The Adelson donations accounted for about two-thirds of the $37.4 million raised by the group in August.