To al-Kaabi the US the number one enemy; he seeks revenge for Gen. Soleymani’s martyrdom

Monday, 21 September 2020 (YJC) _The hostile CEP institute, opening a specific profile for the secretary-general of al-Nujaba Islamic Resistance, called him the one who seeks revenge for Gen. Soleymani’s martyrdom and openly hostile to the US. 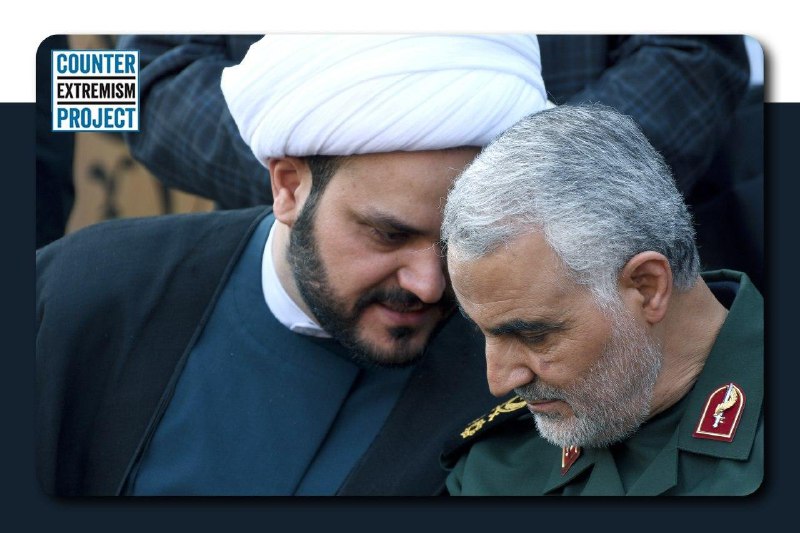 The American institute Counter Extremism Project (CEP), a hostile and anti-Resistance centre, in a report, has dealt with the secretary-general of al-Nujaba Islamic Resistance, reported al-Nujaba’s Centre for Communications and Media Affairs in Iran.The CEP website, creating a profile on Sheikh Akram al-Kaabi, introduced him as, “The secretary-general of al-Nujaba is an Iraqi figure with close ties to Iran and Hezbollah. Under Kaabi’s leadership, al-Nujaba has helped the Syrian army and been at the forefront of the fight against ISIS.”According to CEP, some images of al-Nujaba secretary-general with Hezbollah Secretary-General Hassan Nasrallah have been featured that is a sign Kaabi’s close relationships with Hezbollah and the IRGC. Currently, al-Nujaba helps Iran in the protection of the Tehran-Damascus supply line, and in the meanwhile, it has formed the Golan Brigade near the Israeli border.”The report reiterates, “al-Kaabi served as a commander in Jaysh al-Mahdi. And after 2003, as a leader and under the training provided by Hezbollah, Kaabi planned and led attacks against American forces. Al-Kaabi has been active in providing anti-American Iraqi groups with finances and weaponry and accordingly, his name was added to the US list of counter-terrorism sanctions.”Concerning the expertise of Hujjat al-Islam al-Kaabi in the religious area and Islamic studies, the western institute added, “Both Kaabi and his followers adhere to the doctrine of Velayat-e Faqih, or Guardianship of the Jurist, and following Ayatollah Khomeini and Ayatollah Khamenei, they place religious oversight over all aspects of the government.The closing part of the report mentions, “al-Kaabi is openly hostile to the United States. While they and the United States share an enemy in ISIS, al-Kaabi has been adamant that the United States remains an enemy. According to al-Kaabi, the United States and ISIS are “two faces of the same coin”. After Soleimani’s death, Kaabi promised revenge. Kaabi announced that “A harsh, deliberate response will be given to the American terrorist forces.”It should be noted that the CEP institute works with a multi-national appearance with its main office is based in New York and its other ones in London and Berlin. It has also worked with some veteran politicians and senior American diplomats.The director, chairman and executive director of the CEP all have served for a while in the White House or the US Department of State, and despite the CEP’s claims, it has still links with some radical governmental and political figures.

Share to
Related News
al-Kaabi: The US embassy is a military base and the main root of Iraq’s problems
The Secretary General of Nujaba: The “pinpoint weapons” are armed
The Secretary General of Nujaba: the American state of commotion and explosion is the result of the Resistance victory/ the useless straggling of “Pompeo”
Ghalibaf makes his remarks about Gen. Soleimani on the occasion of the commemoration of the Holy Defense Week
IRGC Chief: The US has not given up on its expansionist strategy/ Iran keeps getting stronger every day
IRGC chief: Iran's revenge 'definite', but to target those behind assassination
South Africa says ‘surprised’ by ‘bizarre’ report of Iran plot to kill US envoy
Iran's security chief to US: Aggressive forces to be 'sent to the cemetery' in case of military aggression
Trump deceived into ‘mother of all quagmires’ by attack on Iran: FM Zarif
Defense Minister: Iran Constantly Boosting Missile Power
Tags
general soleimani ، iran ، assassination
Your Comment