Tuesday, 22 September 2020_Supporters of US President Donald Trump boo Ohio Gov. Mike DeWine after the Republican nominee calls him his "good friend" at a 2020 campaign rally. 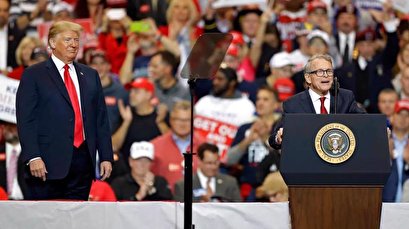 The president appeared to have been surprised when he heard the crowd booing rather than cheering him.

"He's opening up," Trump says, to try to placate the audience. pic.twitter.com/3G9AN8897b

Endorsed by Trump in 2018, DeWine reportedly earned the hostile reception due his stiff measures to tackle the coronavirus, an approach considered at odds with Trump's.