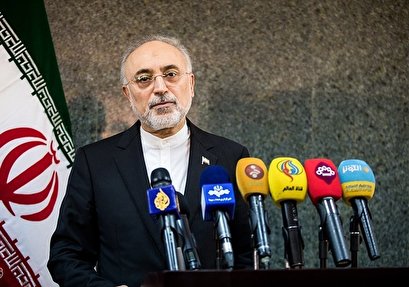 Ali-Akbar Salehi said although it seems the nuclear deal, known as the JCPOA, is in a stalemate caused by the illegal withdrawal of the US, there is still broad agreement that the deal should be preserved.

The message from the remaining signatories of the nuclear deal with Iran was the need to preserve the agreement and uphold commitments, including offsetting the effects of American sanctions against the Islamic Republic.

The head of Iran’s Atomic Energy Organization told the conference that up until now, the only dividend of the nuclear deal for Iranians has been the inhuman and illegal sanctions. He said it is the responsibility of the three European signatories to the deal — namely Germany, France and the UK — to implement their obligations fully and effectively.