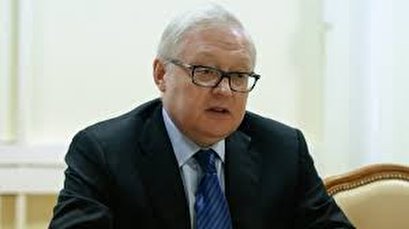 In a lengthy interview with the Russian daily Kommersant published on Sunday, Marshall Billingslea, the US Special Presidential Envoy for Arms Control, said Moscow must accept a joint agreement with Washington on renewing the pact before the US Presidential Election on November 3.

“I suspect that after President [Donald] Trump wins re-election, if Russia has not taken up our offer, the price of admission, as we would say in the US, goes up,” he said, pressuring Russia to come to an agreement with the US on extending the nuclear pact in the set period.

On Monday and during a press conference, Ryabkov criticized Billingslea’s attempts to put pressure on Moscow, saying, “These are all ultimatums that only diminish the chances of any agreement. We cannot talk in this manner.”

The Russian diplomat, who leads the Russian delegation to the strategic stability talks, stressed that under the conditions set out by Washington, chances were “minimal” for extending the New START treaty, which eliminated strategic nuclear weapons held by the US and Russia.

The START accord is the last major nuclear arms control treaty between Moscow and Washington that puts a limit on the development and deployment of strategic nuclear warheads of both countries.

Back in July 1991, the START, which later was called the START I, was signed by then President George H. W. Bush and Mikhail Gorbachev, the last president of the Soviet Union, barring both countries from deploying more than 6,000 nuclear warheads atop a total of 1,600 intercontinental ballistic missiles (ICBMs) and bombers.

In January 1993, President Bush and Boris Yeltsin, the former Russian president, signed the START II, but it collapsed and never entered into effect.