Monday, 21 September 2020_It is all about freedom achieved through resistance; resistance against wars, oppression and injustice. These are the themes of films that compete in the 16th International Resistance Film Festival based in Iran. 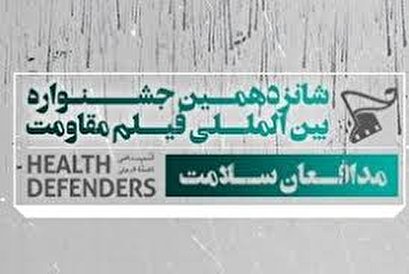 This year, a new and entirely unique section was added to the festival and that's the defenders of health. This section was included to let in films themed on the efforts of health workers in the fight against COVID-19.

Roughly 9,000 works were submitted to the festival out of which, over 1,340 films from 128 countries were themed on the fight against the coronavirus.

Organizers see a common thread in all of the films on this topic. They say the spirit of altruism is the same no matter where you live.

The International Reistance Film Festival was launched in 1983. The biannual event coincides with the national Sacred Defense Week, which commemorates the 1980-to-1988 Iraqi imposed war on Iran.

The 16th edition of the festival will screen the submitted films until September 27 and an awards ceremony will be held later on to honor the winners.