Monday, 21 September 2020_The new coronavirus has infected a total of more than 31.21 million people and killed 962,705​ across the world so far, according to one tally. 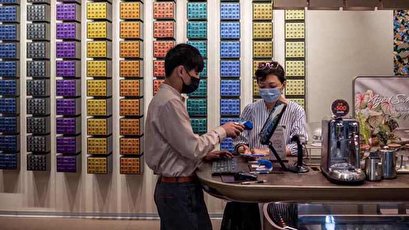 According to Reuters, infections have been reported in more than 210 countries and territories since the virus first emerged in China in December 2019.

China’s national health authority said on Tuesday that six new coronavirus cases had been recorded in the country on Monday, down from 12 a day earlier.

All of the new infections were imported from abroad and involved travelers.

The number of confirmed infections in Germany rose by 1,821 to 274,158, data from the Robert Koch Institute (RKI) for infectious diseases showed on Tuesday.

The tally showed that 10 people also died of the COVID-19 respiratory disease caused by the new coronavirus on Monday, bringing the total number to 9,396.

The Health Ministry of the Czech Republic said on Tuesday that 1,476 new coronavirus cases had been reported on Monday, up from 985 on Sunday, as tests done on the weekend were fewer than on weekdays.

South Korea on Tuesday suspended free flu shots, which aimed to preemptively ease the load on a healthcare system already plagued by COVID-19, after reports of problems in storing some doses of the vaccine during transportation.

“I want to make it clear that the problem is not with the manufacturer’s vaccine production, rather it is an issue raised about the refrigerated temperature maintenance in the distribution process,” Korea Disease Control and Prevention Agency (KDCA) chief Jeong Eun-kyeong told reporters.