Theresa May: the UK Plan is “reckless” and “irresponsible”

Tuesday, 22 September 2020_ EX UK PM gives her speech on Brexit plan of her country and named it risky and reckless. 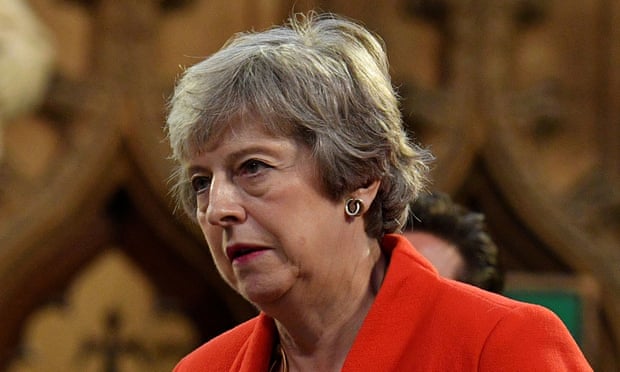 Ex-PM says internal market bill could lead to a united Ireland and undermine trust in UK.

Theresa May has launched a blistering attack on the government’s plan to give itself powers to renege on the special arrangements for Northern Ireland in the Brexit deal.

She described the plans as “reckless” and “irresponsible” and said they “risked the integrity of the United Kingdom”, as they would not only tarnish Britain’s reputation globally as an upholder of the law but could contribute to a reunited Ireland.

In a strongly worded speech in the House of Commons, she said: “I cannot emphasise enough how concerned I am [that] the Conservative government is willing to go back on its word to break an international agreement signed in good faith, and to break international law.”

The Belfast South MP, the SDLP’s Claire Hanna, said Boris Johnson’s government had to own the consequences of the type of Brexit it agreed and should not “feign shock” when nine months later it emerged there would be trade barriers between east and west.

The bill, which is designed to regulate trade within the UK after Brexit, was unveiled by Downing Street two weeks ago, catching Conservative MPs, opposition parties and the EU off guard.