Hamas, Islamic Jihad slam new round of US sanctions against Iran

Tuesday, 22 September 2020_Palestinian Hamas and Islamic Jihad resistance movements have denounced the imposition of a new round of sanctions by the United States against Iran, saying the administration of President Donald Trump does not seek global stability, but rather tries to exacerbate tensions in the world. 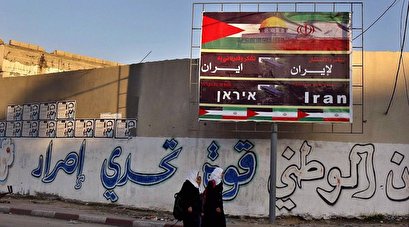 “The incumbent US administration is a rogue one, which does not pursue stability in the world, but seeks to undermine efforts aimed at defusing tensions instead,” Dawood Shihab, a senior Islamic Jihad official in Gaza, said on Monday.

He added, “US sanctions on Iran are a sign of US bullying, contravene international principles and run counter to the visions of other member states of the UN Security Council (UNSC).”

“All world countries have rejected anti-Iran sanctions and consider US policies to be short-sighted and not characterized by wisdom and discretion,” Shihab highlighted.

For his part, top Hamas official Ismail Radwan stated that the new US sanctions on Iran fall within the context of a new campaign of aggression against the Islamic Republic and the axis of resistance and serve the Zionist-US project in the region to advance Trump’s controversial plan for the Middle East.

Radwan said Iran is subjected to US sanctions because it supports resistance groups, emphasizing that such measures will not stop Tehran from backing the Palestinian cause and resistance movements.

The senior Hamas official then reiterated that his movement will stand by Iran in the face of US sanctions, warning the Israeli regime and the US administration against the continuation of their fiendish policies against the Islamic Republic.

On Monday, the Trump administration announced a slew of fresh sanctions and additional measures in support of Washington’s maximum pressure campaign against Iran.