Wednesday, 23 September 2020 _Qatar has blasted the international community for its inaction on the continued Israeli occupation of Palestinian territories and the regime’s years-long blockade of the Gaza Strip. 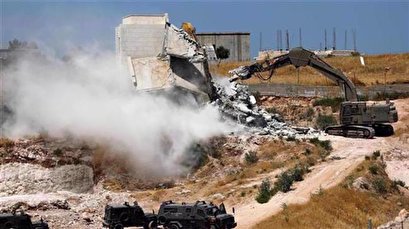 Qatari Emir Sheikh Tamim bin Hamad Al Thani made the remarks in his video speech at the 75th session of the United Nations General Assembly on Tuesday.

"The international community stands by, unable to take any effective action to confront Israeli intransigence, its continued occupation of Palestinian and Arab land, the imposition of a stifling siege on the Gaza Strip, [and] the expanding settlement policy, among others," Al Thani said.

The Qatari emir also questioned the role of countries and organizations for failing to uphold the resolutions against the continued Israeli occupation of Palestinian territories and its expansion of settlement building.

Al Thani accused Israel of carrying out "flagrant violation of international resolutions and the two-state solution as agreed upon by the international community.”

Israeli Prime Minister Benjamin Netanyahu has announced that he will start plans for annexing more areas in the occupied West Bank, in accordance with US President Donald Trump’s "deal of the century.”

Trump officially unveiled his scheme in January at the White House with Netanyahu on his side.

The proposal gives in to Israel’s demands while creating a Palestinian state with limited control over its own security and borders, enshrining the occupied Jerusalem al-Quds as “Israel’s undivided capital” and allowing the Tel Aviv regime to annex settlements in the West Bank and the Jordan Valley.