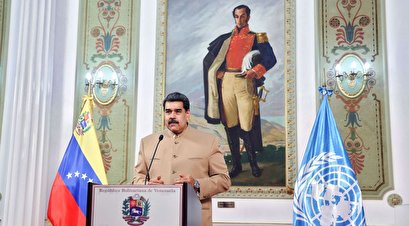 “They (American officials) have given the CIA the green light to come with direct agents to [conduct] covert and terrorist operations against oil, electricity, military, electoral targets, and other dirty covert actions like those used by the CIA,” Maduro said in a televised address to the nation on Tuesday.

He said the US Drug Enforcement Administration (DEA) was an accomplice in Washington’s efforts to overthrow the leftist Venezuelan government.

“It (the US administration) has placed the DEA as the operator agency of the attack against Venezuela, what is new today is not that the DEA is involved with the Colombian drug trafficking group to attack Venezuela, the new thing is that they have approved that the CIA get involved in operations… terrorist attacks against Venezuela," he added.

US imposes sanctions on Venezuelan lawmakers

Separately on Tuesday, US Treasury Secretary Steven Mnuchin announced sanctions on several Venezuelan lawmakers for supporting Maduro and for what he called participation in the rigging of upcoming elections in December.

Miguel Ponente, Guillermo Luces, Bernabe Gutierrez, and Chaim Bucaran, the leaders of four main Venezuelan opposition parties, were blacklisted by the US Treasury after deciding not to boycott the upcoming elections.

The Treasury also imposed sanctions on Williams Benavides, the head of the Tupamaro leftist movement that supports Maduro.

The sanctions freeze any assets of the individuals in the US and bans American firms from doing business with them.

In his national address, Maduro slammed the sanctions on the Venezuelan lawmakers, and compared the Trump administration to “a mafia” that forces other countries to give in to its demands by force and through military “threats, extortion, blackmail, and aggressions.”