Wednesday, 23 September 2020 _The German hospital that had admitted Russian opposition figure Alexei Navalny with alleged poisoning says he has now been discharged. 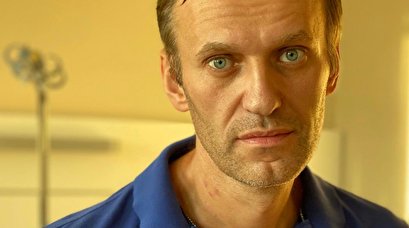 Navalny was discharged from inpatient care at Charite Hospital in Berlin on Tuesday, after 32 days of treatment, 24 of which were spent in intensive care, the hospital announced on Wednesday.

“Based on the patient’s progress and current condition, the treating physicians believe that complete recovery is possible,” the hospital said in a statement.

However, the hospital claimed that “it remains too early to gauge the potential long-term effects of his severe poisoning.”

Navalny, 44, was airlifted to Germany on August 22. He had collapsed during a domestic flight in Russia on August 20 and had been taken to a local hospital prior to his transfer to Berlin. Navalny’s aides have claimed he was poisoned after drinking a bottle of water at a hotel before the flight.

Share to
Related News
Navalny says the Kremlin is doing everything in its power to prevent him from returning to Russia
Germany, France To Propose Sanctions Targeting Russia
Tags
discharged ، Russian ، hospital
Your Comment