Wednesday, 23 September 2020 (YJC)_ A GOP state lawmaker in Kentucky has been indicted by a grand jury on strangulation. 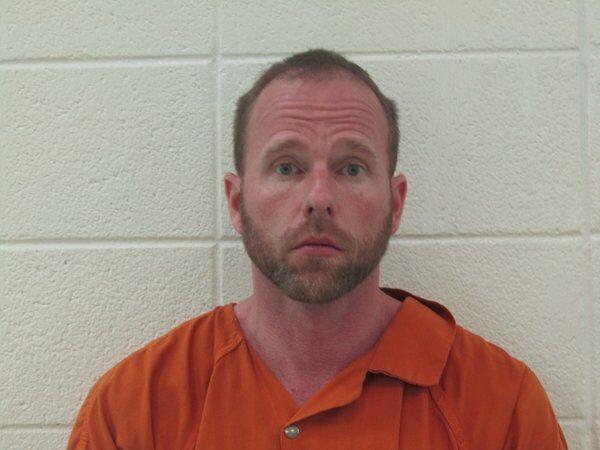 A GOP state lawmaker in Kentucky has been indicted by a grand jury on strangulation and assault charges stemming from an April incident.

Kentucky Rep. Robert Goforth of East Bernstadt, Ky., was indicted Friday on one count of first-degree strangulation and one count of assault in the fourth degree, according to the Corbin Times-Tribune. He had initially also been charged with third-degree terroristic threatening.

The charges stem from an April 21 incident allegedly involving the state representative.

A woman told police that Goforth, 44, had strangled her with an ethernet cable to the point where she had trouble breathing and threatened to “hog tie” her, according to police report obtained by the outlet.

The report also said that the fight was about unlocking her phone and she had managed to flee the residence after she promised to open her cellphone for Goforth.

She sought help at the 911 dispatch center, where Laurel County sheriff’s deputies reportedly noticed visible marks on her forehead, neck and arms.

There were three children inside the house during the altercation, according to the report, which added that they were found safe by law enforcement.

Goforth was arrested and held for 7 1/2 hours before being released on a $25,000 bond. He did not appear to be under the influence of drugs or alcohol, officials stated.

During his June 1 arraignment, he pleaded not guilty before the charges went to a grand jury last week.

“While we reserve comment on this specific situation, the House Majority Caucus unequivocally denounces any form of domestic violence and has zero tolerance for it or its perpetrators. A society that values human life must also condemn domestic abuse,” Osborne said in a statement.

Democrats in the Bluegrass State called for Goforth to resign after his Friday indictment.

“State Representative Goforth should have resigned back in April and his party should have taken action against him when he refused to do so,” Marisa McNee, a spokeswoman for the state Democratic Party, said in a statement, according to the Lexington Herald-Leader. “This is not the first time a victim of Mr. Goforth’s violent assaults has come forward. Republican Leadership has ignored this for far too long, it is time for them to take action. Goforth needs to go.”

Mike VanWinkle, the Democrat challenging Goforth for his seat in the state legislature, also called for the Republican to drop out.

“This district has suffered enough embarrassment and bad press over this affair,” he said in a Facebook post Friday. “Mr. Goforth needs to remain focused on his legal case, Domestic Violence issues, and marriage. He can no longer effectively represent the citizens of the 89th District.”

Goforth, an Army veteran and pharmacist, was elected in 2018 to the deep-red county and quickly launched a primary challenge against then-Gov. Matt Bevin (R) the next year.

Although deeply unpopular, Bevin won by a margin of 51 percent to 40 percent.

During his gubernatorial campaign, Goforth was accused of sexually assaulting a woman more than a decade ago.

“You are the prime example of a man who believes he is entitled. You are not entitled; not to the bodies of women who refuse you, not to the Governorship,” his accuser wrote, calling on him to drop out of the governor’s race.

Goforth denied the allegations, according to the Herald-Leader.