'US could have enough coronavirus vaccine by April'

Thursday, 24 September 2020_White House coronavirus advisor Dr. Anthony Fauci told Congress on Wednesday “it might take some time” for FDA-approved inoculations for Covid-19 to become available because of the “rigorous clinical testing required” to develop a safe and effective vaccine. 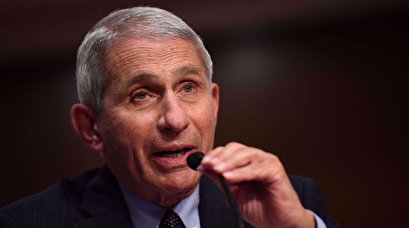 Still, he added, there is “growing optimism” that scientists will find one or more safe and effective vaccines by the end of the year or early 2021 and the US could have enough vaccine doses by April.

President Donald Trump has insisted that the US could have a safe and effective vaccine by the end of October and have enough vaccine doses to inoculate every American by April. The president’s comments have been at odds with his own health officials and have fueled concerns that politics, not science, will influence the vaccine approval process.

On Wednesday, Fauci shared a similar timeline for when vaccine doses could be available to all Americans, saying vaccine doses will be rolled out over the coming months and the U.S. should have 700 million doses by April.

“In November you’ll probably be maybe 50 million doses available. By December maybe another 100-plus million. And then you get into January and February. By the time you get to April, it’ll be a total of about 700 million,” he told a Senate Appropriations Subcommittee hearing. “They will be rolling in as the months go by and by the time you get to maybe the third or fourth month of 2021, then you’ll have doses for everyone.”

Fauci has previously said there is “no guarantee” that scientists will find a safe and effective vaccine. If they do find one, he has said the US can start thinking about getting back to some form of normality” toward “the middle to end of 2021.”

In prepared remarks for delivery at the hearing, Fauci also touted vaccines by Moderna, Pfizer, AstraZeneca and Johnson & Johnson, which announced earlier in the day that it began a phase three trial testing of its vaccine. J&J is the fourth drugmaker backed by the Trump administration’s covid-19 vaccine program Operation Warp Speed to enter late-stage testing, behind Moderna, Pfizer and AstraZeneca.

Share to
Related News
Fauci Replied the latest Trump attacks
Johnson & Johnson Pauses COVID-19 Vaccine Trials after participant's 'unexplained illness'
Fauci: I didn’t sign off on a clip being used in an ad by the Trump campaign
US: Highest Number of daily Coronavirus is recorded in more than a month
Tags
vaccine ، April ، coronavirus
Your Comment