Thursday, 24 September 2020_A military advisor to Leader of the Islamic Revolution Ayatollah Seyyed Ali Khamenei warns the US that any hostile action against the Iranian nation will be met with a “decisive response,” advising President Donald Trump not to “twist the lion’s tail.” 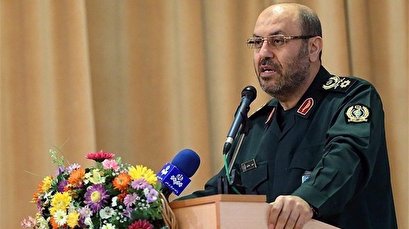 Hossein Dehqan, also a former defense minister, on Thursday blasted Trump for using his address to the United Nations to shamelessly boast about his order in January to assassinate Iranian anti-terror commander Lieutenant General Qassem Soleimani.

“Today, there is a president at the helm in the United States, who is ready to wreak havoc on his own society for the sake of his hegemony and [continued] stay [in office], someone who is an anarchist in every sense of the word, someone who has not only plunged the American people into mire but also caused crisis for the West.”

During his speech to a virtual meeting of the 75th United Nations General Assembly on Tuesday, Trump praised his own decisions to quit the landmark 2015 Iran deal, impose crippling sanctions on Iran and assassinate General Soleimani.

“They (the Americans) thought that if the US pulled out of the JCPOA, they could bring about the collapse of the Iranian society’s economy within three months and achieve their goals by creating dissatisfaction among the people and widespread unrest, but we tell President Trump that twisting the lion’s tail will not have pleasant consequences for you,” Dehqan emphasized, referring to the 2015 nuclear agreement by the acronym of its official name, the Joint Comprehensive Plan of Action.

He also touched on the 1980-88 imposed war on Iran, saying former Iraqi dictator Saddam Hussein was only a tool in the hands of Iran’s enemies led by the United States.

“The US has learned great lessons from our Sacred Defense, but it may make a mistake and attempt to create new fields [of confrontation] against the Iranian nation. However, it must know that any action by them will be met with a decisive and regrettable response from the Iranian people,” he added.

The advisor to Ayatollah Khamenei further denounced the US-brokered deals that the United Arab Emirates (UAE) and Bahrain have recently signed to normalize ties with Israel in a betrayal of fellow Palestinians.