Iran: Saudi Arabia pushed into state of delirium by defeats in Yemen

Thursday, 24 September 2020_Tehran has dismissed the Saudi king’s recent accusations against Iran as a mere blame game designed to cover up Riyadh’s war crimes, saying successive political and military defeats in Yemen have plunged the kingdom into a “state of delirium.” 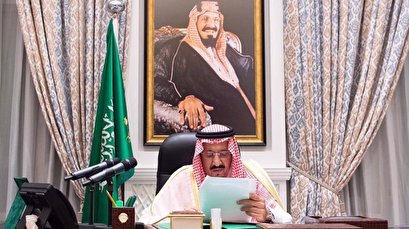 King Salman bin Abdulaziz used his statement to the 75th UN General Assembly (UNGA) to deliver a blistering attack against Iran, blaming the Islamic Republic for much of the Middle East’s instability.

The video of the speech was released on Wednesday showing the aging monarch sitting at his office as he struggled to read the text from papers, which he was grasping with both hands, without looking at the camera.

The 84-year-old repeated a host of baseless accusations against Iran, ranging from “sponsoring terrorism” to seeking weapons of mass destruction.

The monarch accused Iran of providing support to Yemen’s Houthi Ansarullah movement, which has been defending the Arab country against the kingdom’s 2015-present campaign of aggression. He once again blamed Iran for a 2019 Yemeni attacks against Saudi Arabia’s Aramco oil installations.

The Saudi ruler also took aim at the 2015 Iran nuclear deal, claiming Tehran exploited the agreement to “intensify its expansionist activities.” He also claimed “the kingdom’s hands were extended to Iran in peace with a positive and open attitude over the past decades, but to no avail.”

Strongly dismissing the king’s claims, Iranian Foreign Ministry Spokesman Saeed Khatibzadeh highlighted the Saudi regime’s atrocities and civilian massacres in Yemen, of which King Salman made no reference during the speech.

The Saudis are engaging in such a blame game to “escape responsibility for their own war crimes against Yemeni women and children,” he said. “The continuous military and political defeats in Yemen have sent Saudi Arabia into a state of delirium.”

“As the birthplace and origin of the ideas of Takfiri terrorist groups and as the main financial and logistical supporter of terrorism in the region, Saudi Arabia has, for many years, been pursuing a policy of blame games and distorting the realities to escape accountability for its crimes,” Khatibzadeh said.