Thursday, 24 September 2020_Russia has placed a number of European Union (EU) officials on a blacklist of individuals banned from entering the country in response to sanctions by the bloc. 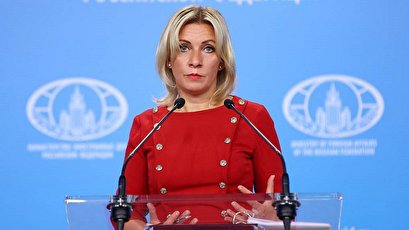 The Russian Foreign Ministry announced the retaliatory sanctions in a statement on Wednesday, explaining that the measures were taken based on reciprocity after hostile moves by the EU.

“In response to European Union actions, the Russian side has made a decision to expand the retaliatory list of representatives of the EU member countries and institutions who are prohibited from entering the territory of Russia,” said the statement, which was read by ministry spokeswoman Maria Zakharova at a press conference in the capital, Moscow.

Zakharova said that the list had been expanded to match the EU’s existing blacklist of Russian individuals.

She also said the EU had bypassed existing international norms and used sanctions on far-fetched and absurd pretexts.

She did not reveal the names of the EU officials newly blacklisted.

Navalny, 44, was airlifted to Germany on August 22. He had collapsed during a domestic flight in Russia two days earlier and had been taken to a local hospital prior to his transfer to Berlin. Navalny’s aides claimed he was poisoned after drinking a bottle of water at a hotel before the flight. Earlier this month, Germany claimed he had been poisoned with a Novichok nerve agent.

But the Russian doctors who tested his blood before he was moved to Germany found no traces of poisoning.

Western governments have been nevertheless insinuating that Russia was behind the alleged poisoning. The United States has threatened to impose more sanctions on Russia.

Moscow has denied involvement in any attack on Navalny, who was discharged from the German hospital on Tuesday. It has also said that the opposition figure’s aides have removed evidence, hampering an investigation.

Share to
Related News
Navalny says the Kremlin is doing everything in its power to prevent him from returning to Russia
Germany, France To Propose Sanctions Targeting Russia
Tags
Russia ، blacklists ، European Union
Your Comment