Thursday, 24 September 2020_Two Russian fighter jets have intercepted a pair of US B-52 strategic bombers as they were heading toward Russian airspace over the Black Sea, the Russian Defense Ministry says. 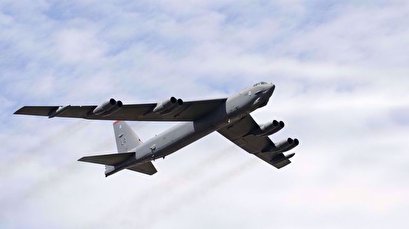 The ministry’s National Defense Management Center said in a statement on Wednesday that two Russian Sukhoi Su-27 fighter jets had been scrambled to ward off the two US aircraft earlier in the day after the Russian air defense picked them up on radar over the Black Sea.

The statement, carried by TASS news agency, added that the two strategic bombers of the US Air Force were approaching the Russian border when they were successfully intercepted by the Russian warplanes.

“Two Su-27 fighter jets of the Southern Military District’s air defense units on duty were scrambled to identify the air targets and to prevent their unauthorized incursion into the Russian airspace,” the statement said.

The ministry stressed that “no violation” of the state border of Russia had been allowed.

Earlier on Wednesday, Ukraine’s Air Force said that US B-52H strategic bombers, capable of carrying nuclear weapons, had entered Ukrainian airspace within what it called the framework of security cooperation.