Pompeo: Chinese Consulate in NYC is another location for espionage

Friday, 25 September 2020 (YJC)_ US State Secretary names Chinese Consulate in NYC as another location for espionage. 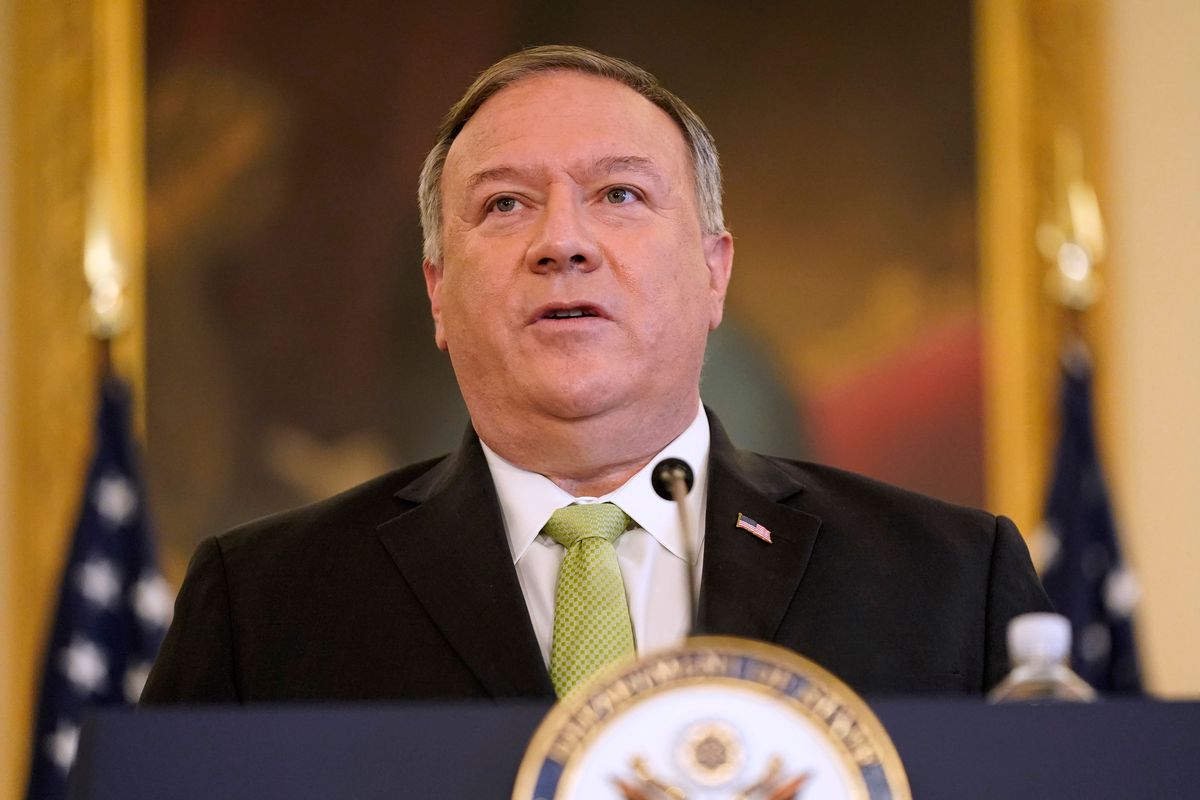 US State Secretary Mike Pompeo told The New York Post in a Wednesday interview that a Chinese consulate in New York City is a hub for espionage on US soil, following the arrest of an NYPD officer who was charged with spying for Beijing.

“They’re engaged in activities where they’re crossing the line from normal diplomacy to the kinds of things that would be more akin to what spies are doing,” Pompeo said, referring to the NYC-based Chinese consulate.

In July, the US closed a Chinese consulate in Houston, Texas, declaring the location an espionage hot spot and a centre for attempting to steal medical data related to the development of a coronavirus vaccine.

The decision to close the consulate came after an NYPD police officer, Baimadajie Angwang, was accused earlier this week of serving as an agent for the Chinese government and helping it find information about New York City's Tibetans - an accusation denied by Beijing as "completely fabricated"

Despite Beijing dismissing the accusations, Pompeo insisted that the NYC consulate is connected to espionage, and warned that more arrests of diplomats and agents are to come.

This is not the first time Chinese consulates in the country have been targeted by the Trump administration, as earlier in July, Houston saw a shutdown of its Chinese consulate on the same allegations, after the FBI accused employees of participating in a hub for stealing medical data on a COVID-19 vaccine and trying to infiltrate oil and gas industries.

“We closed it because they’re engaged in espionage and that is a legal term. It’s not just a spy novel term. It is a very data-driven, analytic, fact-based analysis that says, ‘No, this is espionage, it’s unlawful, and therefore, we’re going to send you back'", Pompeo claimed Wednesday.

As Chinese diplomats have been accused of espionage, with Chinese consulates in San Francisco and New York City labeled as spy hubs, new reports emerged alleging that Beijing's devious "spy network" has taken over the country. According to The Post, citing unnamed DoJ officials, the alleged espionage scheme has found its way into over 25 cities.

The administrations of US President Donald Trump and Chinese President Xi Jinping have not been enjoying warm relations recently, as the White House points a finger at Beijing when it comes to many internal and foreign problems: the coronavirus pandemic, trade, national security and technological development. According to the White House, China is to be blamed for COVID-19 outbreak, threatening the US' national security and attempting to meddle with the US presidential election.

As Trump attacks Chinese diplomats, apps including TikTok, and tech companies such as Huawei, Beijing has denounced White House foreign policy toward China, insisting that the White House is attempting to scapegoat Xi and his government for internal political problems and global challenges, such as the ongoing COVID-19 pandemic.

Share to
Related News
Trump announces plan to deliver free coronavirus vaccine to seniors
Johnson & Johnson Pauses COVID-19 Vaccine Trials after participant's 'unexplained illness'
Trump administration's ban on Tik Tok is blocked: US Judge
US: The number of tests for COVID-19 coming back positive is topping 25% in several states
US: Highest Number of daily Coronavirus is recorded in more than a month
Trump’s New Baseless Claim: I can only lose election if ‘Democrats cheat’
China advises US’s Pompeo to drop ‘arrogance’ after remarks on South America trip
ByteDance drops TikTok's U.S. sale, to partner with Oracle
US military to pit fighter pilot against AI-controlled jet in actual dogfight
DHS draft assessment: White supremacy is 'most lethal threat' to the US
Tags
china ، consulate ، mike pence
Your Comment