Friday, 25 September 2020_Anti-racism rallies were held for the second night in Louisville, Kentucky, on Thursday after a grand jury decision not to bring homicide charges against officers involved in the fatal shooting of Breonna Taylor. 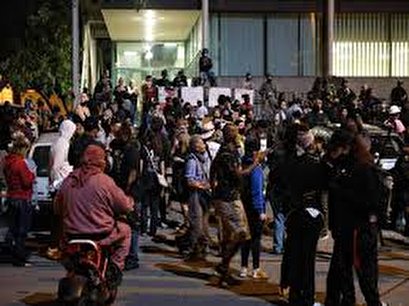 Kentucky Attorney General Daniel Cameron said the panel had declined to bring any charges whatsoever against two of the three white policemen who fired into Taylor’s apartment on March 13. Cameron announced that the officers would not face charges for her death. Instead, only one of the them was charged for “wanton endangerment”.

The rallies on Thursday evening got off to a peaceful but tense start with Louisville police chief Robert Schroeder saying that he expected protests to continue for several days, and a nighttime curfew was extended through the weekend.

Hundreds of demonstrators took to the streets of Kentucky's largest city, with many of them raising their fists and chanting Taylor's name and "No justice, no peace."

The protesters marched past a National Guard checkpoint into downtown and after milling about in Jefferson Square Park, a gathering point for them in the heart of the city, the growing crowd walked peacefully along the city's Ohio River waterfront.